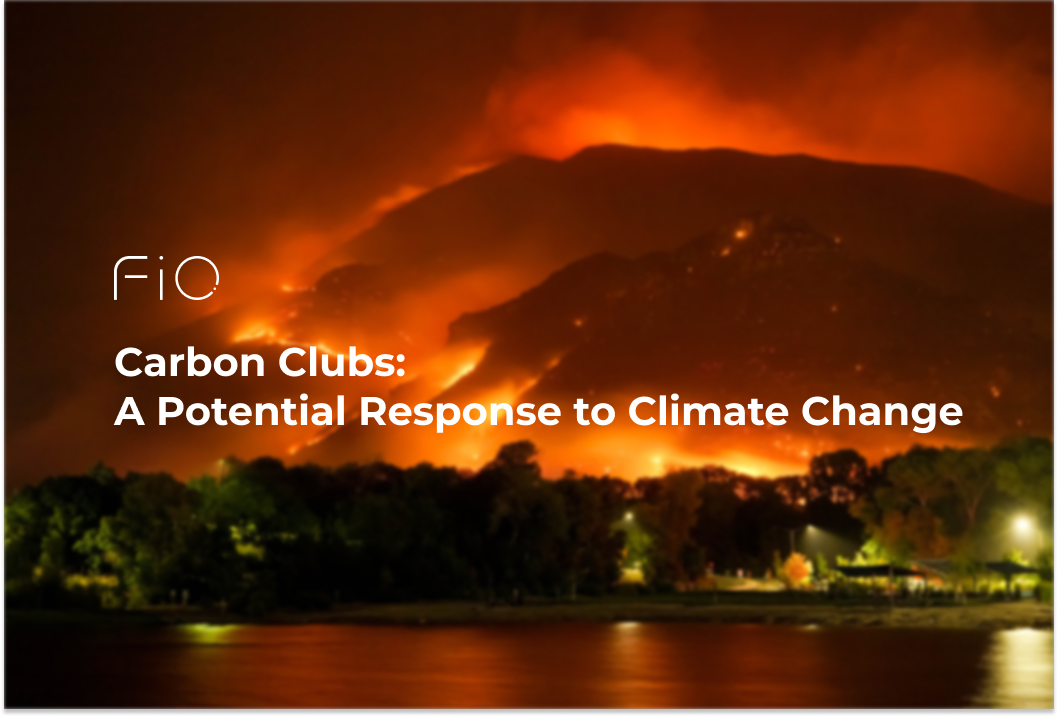 What is the best way to approach climate change? This has been one of the most important questions of the 21st century. There have been many ideas and approaches throughout the years since the Kyoto Protocol in 1997; however, the overall global response to climate change has been slower than expected. Due to the world’s reluctant and slow response to the climate commitments signed and ratified in Kyoto, Paris, and more recently in Glasgow to name a few, there have been growing concerns about how to create other potential solutions. One increasingly popular idea with lots of potential to tackle climate change is the notion of “carbon clubs.”

What is a carbon club and what do they do?

A carbon club (also known as climate club) is a group of countries who agree to work together harmoniously in reducing carbon emissions. Basically, countries would agree on an “international target carbon tariff” that would be applied to all of their exports. It was first proposed by the economist William Nordhaus to accentuate the lack of voluntary participation and organization within the framework of the Paris Agreement. It is an increasingly popular notion to mitigate climate change with growing support from stakeholders in Japan, the European Union, United Kingdom, and even in the U.S. where it has surprisingly received bipartisan support from congress.

One caveat that separates these clubs from other international multilateral climate treaty groups is that countries that do not wish to participate in carbon clubs are penalized. Think of carbon clubs as if you would think of any other exclusive membership club where the members (or in this case, countries) receive exclusive benefits for being a member of a club and nonmembers are not only excluded from those benefits, but also penalized.

Carbon clubs create guidelines with sanctions for member countries to uphold and follow, or face penalties for not doing so. For example, carbon clubs can implement a taxation system (e.g. border carbon adjustments) on imported products based on the greenhouse gas emissions required to produce those products. This taxation system would cover a wide variety of products in international trade, ranging from fruit and grains to vehicles.

Next, we will discuss why carbon clubs are an important development in efforts to mitigate climate change.

Why are carbon clubs important?

Carbon clubs are an important development in the urgent fight against climate change because not only do they address the issue of free-riding in international climate policy, but they also reduce the need for international negotiation. For world governments already familiar with carbon trading, this would mean carbon clubs are a relatively easy method to create a collective that wants to reduce carbon emissions via methods such as carbon emission taxation, carbon trading, etc. Carbon clubs provide an enticing solution to deal with the conflict of voluntary or non-voluntary participation in efforts to mitigate climate change. Essentially, carbon clubs could break down countries currently participating in multilateral climate treaty agreements into smaller groups to more reasonably approach their carbon emission targets. Meanwhile, other nonmember countries could observe, learn, and take notes for future participation.

The solution for “carbon leakage”

Furthermore, carbon clubs address a particular issue known as “carbon leakage.” You may be thinking, what is carbon leakage? Is that when carbon leaks out of a container? You’re on the right track. Carbon leakage refers to when a country tries to save on costs regarding greenhouse gas emissions and push domestic companies to uproot their businesses and move them to countries with more lax greenhouse gas emission policies and lower or zero carbon prices. Carbon leakage not only provides a loophole for these companies to not reduce their greenhouse emissions, but also decreases the strategic competitiveness of domestic companies due to competing with imported businesses for higher carbon prices and stricter regulations.

The idea of border carbon adjustments (BCA), the taxation system for products that generate greenhouse gasses, has also led to another exciting development known as “carbon dividends.” Created by the United States Climate Leadership Council, these dividends would be paid to citizens for contributing to the fight against climate change. Ultimately, this incentivizes regular people to receive compensation for reducing carbon emissions.

Moving on, the next section will briefly discuss the challenges and limitations to carbon clubs.

Challenges and limitations to carbon clubs

Like with any new idea, there will always be naysayers and challenges. One argument against the notion of carbon clubs is the rise of domestic energy costs and import costs suffered by nonmembers. Another argument is that border carbon adjustments may not lead to the required carbon emission reductions. Lastly, one limitation calls out the potential harm in dividing countries into these pro-climate countries vs. non-member factions because carbon clubs can essentially divide the global multilateral order set up by the Paris Agreement and United Nations Framework Convention on Climate Change (UNFCCC). Therefore, there are many people in the carbon industry and climate change coalitions who argue against the rise of carbon clubs to prevent further division in the world.

In conclusion, carbon clubs are obviously still a nascent idea, but their popularity is growing quickly. However, as William Nordhaus implied, it will be difficult and cumbersome to demolish the multilateral agreements and their climate policies that took almost 30 years to develop and sustain. What is for certain is the urgent crisis of climate change that needs to be addressed–either through the implementation of a novel idea like carbon clubs or other initiatives such as carbon offset credits and carbon market.

For more reading on carbon markets, check out these articles on carbon offset registries and blockchain solutions for carbon trading.